Cinema Culinair is a general partnership and located in Amsterdam. Chamber of Commerce 57204497

You can reach us best through email: info@cinemaculinair.nl

ORIGINATED IN THE GRAAF FLORISSTRAAT 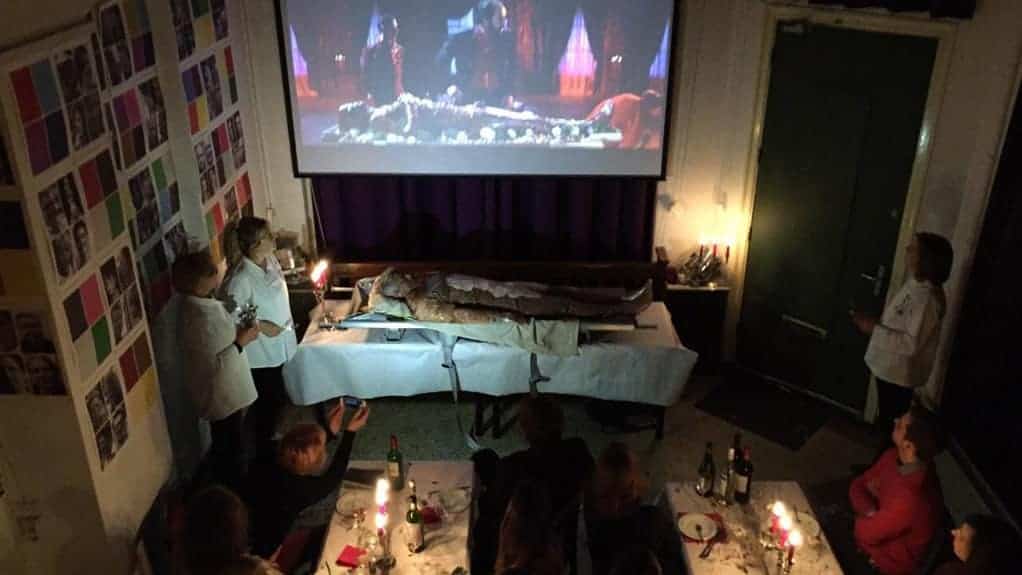 Wies and Harold see opportunities to extend the concept of Floriscoop to a larger audience. On 1-1-2013 they founded Cinema Culinair to publish a book and organize shows in restaurants. 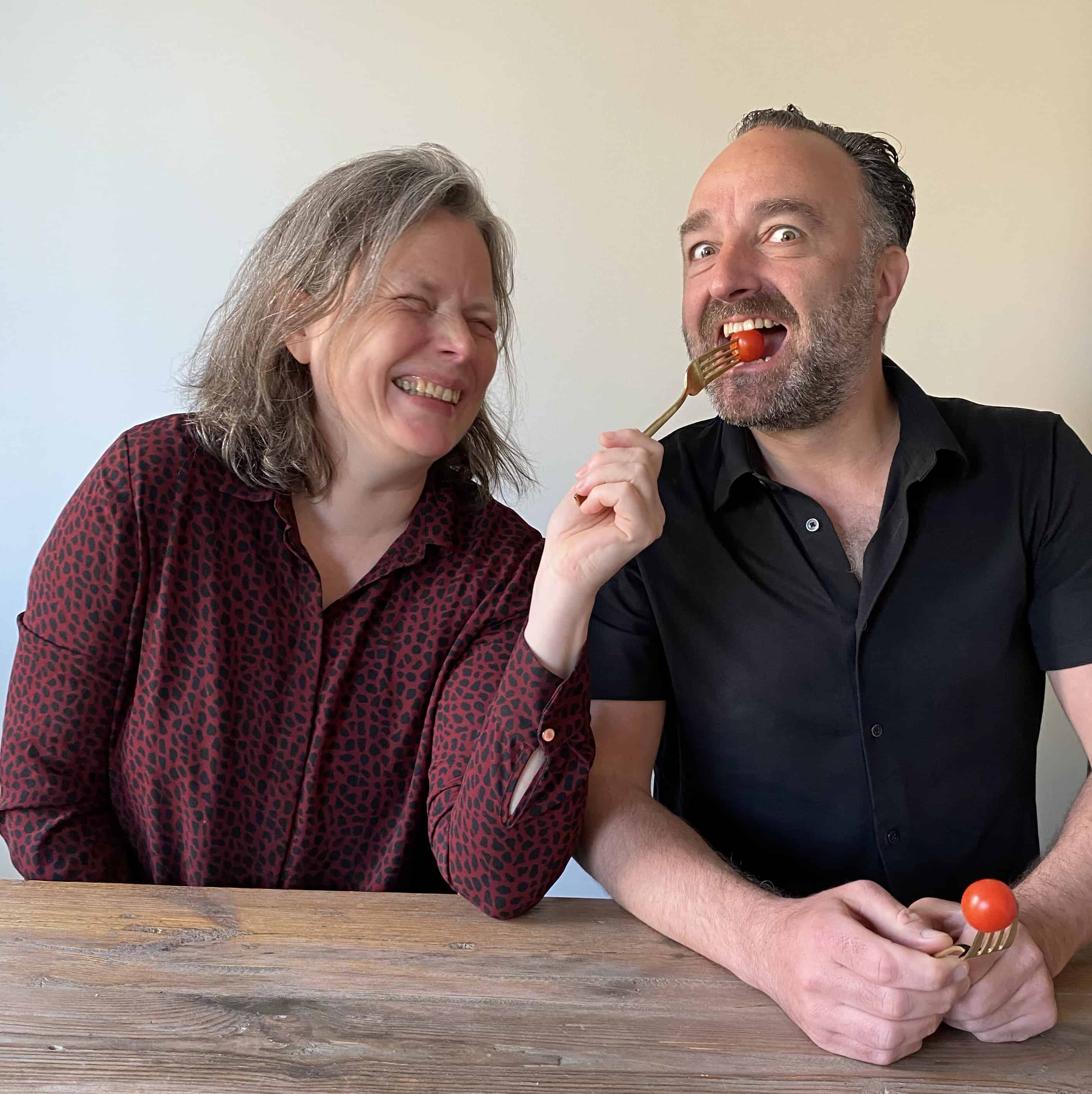 Room full of friends. Chef DJ Wooldrik cooks everyone to climax, just like in the film. What you see is what you eat. Good film. Good food. Great timing. First film of course Estômago. With dishes such as pasta puttanesca scooped out of the pan, rice with worms and Anita e Garibaldi. Guests raved about the concept. “We want more, we want more”. Cinema Culinair is changing course: from publisher to film-food events. 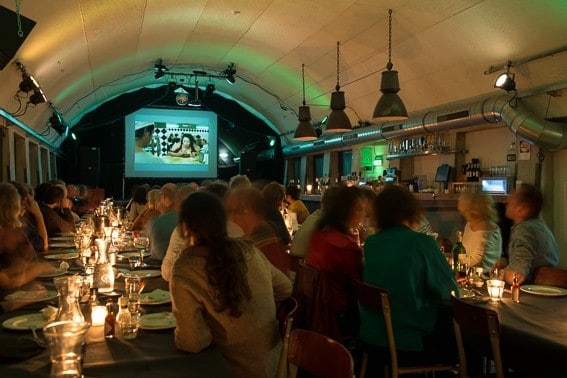 EAT YOURSELF TO DEATH WITH NAKED WOMEN
IN A BUGATTI 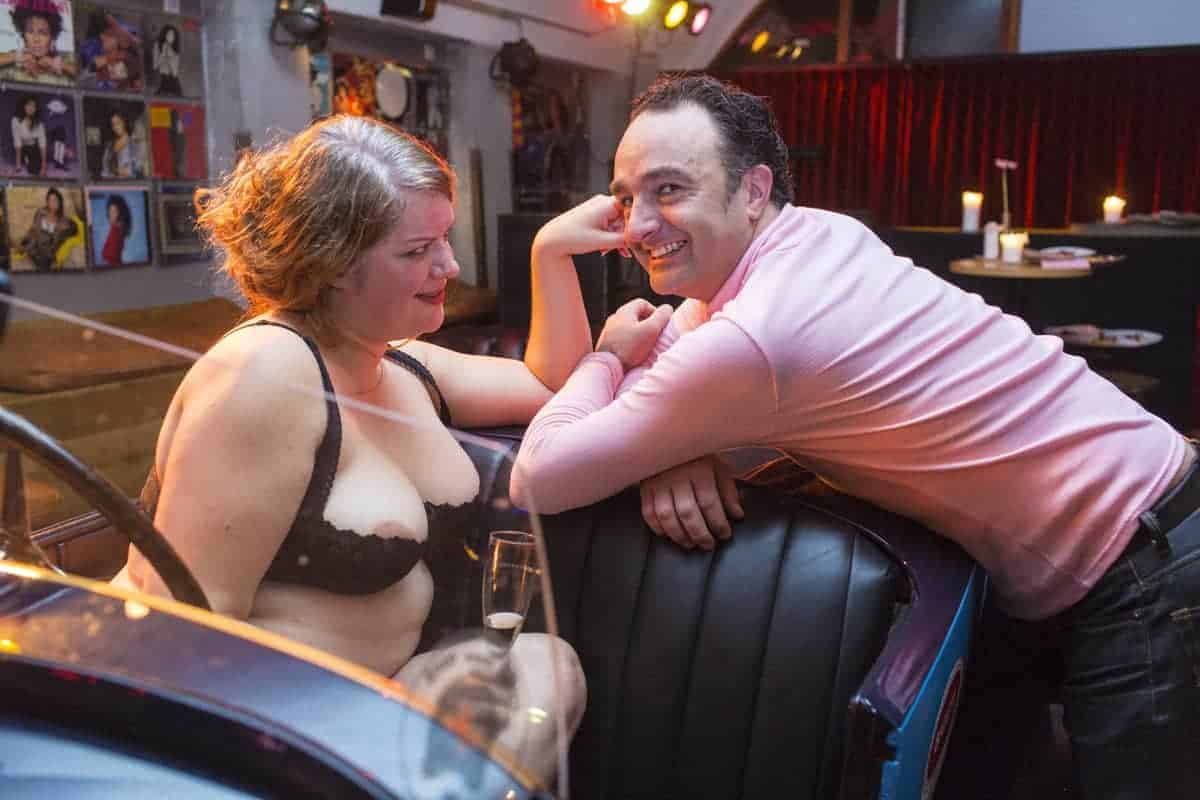 Join the actors in the film for a toast. What you see is what you drink. From Hitchcock classics to films like Lost in Translation and Sideways. Always in unexpected places, such as Floating Pavilion, Nhow, Gigant Apeldoorn, Tropicana (illegal). Featuring: luxury tasting boxes and bottles, California wines and the film Sideways. 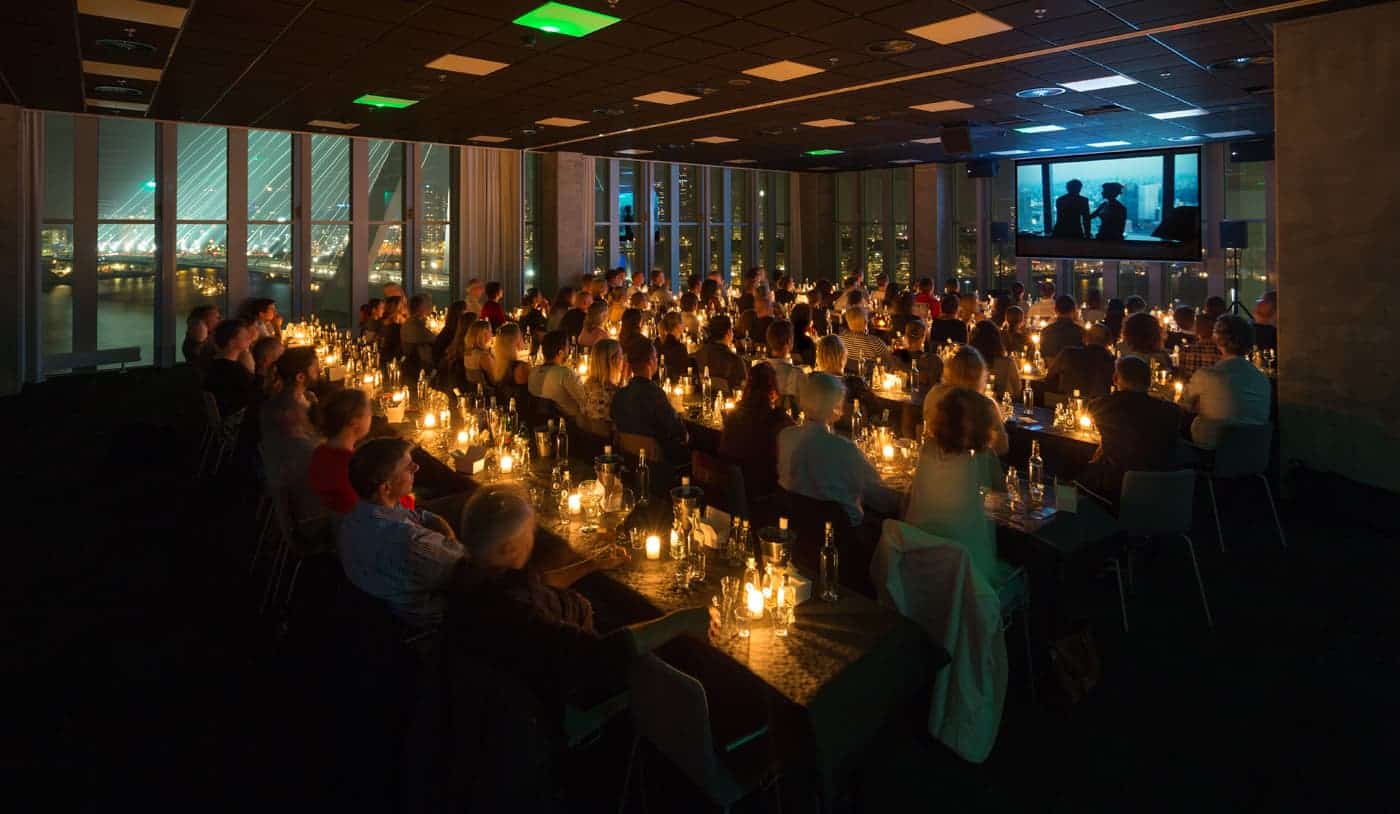 Idea “What you see is what you eat" is too good to keep to ourselves. Time for a book + culinary script + DVD, so that people can do it themselves at home. A book about Julie & Julia was not allowed by Julia Child's heirs. So we wrote Estômago. Director enthusiastic and curious. 1000 copies sold without a publisher or central distributor. Out of the cost! Last copies may still be for sale somewhere as a collector's item and now as a pdf. 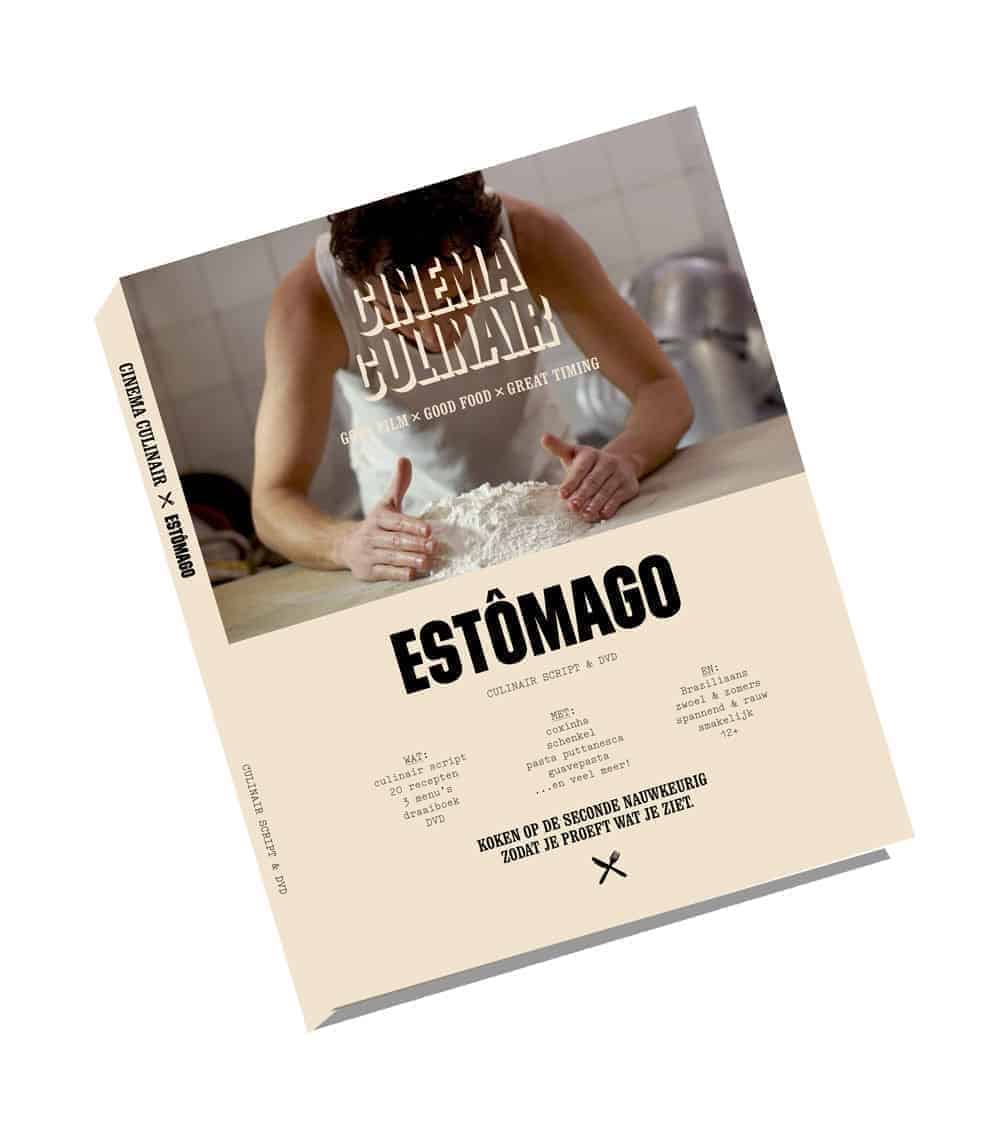 Sometimes we fail. Or are too good. In the film Julie & Julia the boeuf Bourguignon is burned.
This also happened to us on 1 March 2015. Just like in the film. Fortunately, this is an exception. Since 2017, we have been conducting a survey among visitors afterwards. With fine grades. Our guests give our concept an average of 9.2! 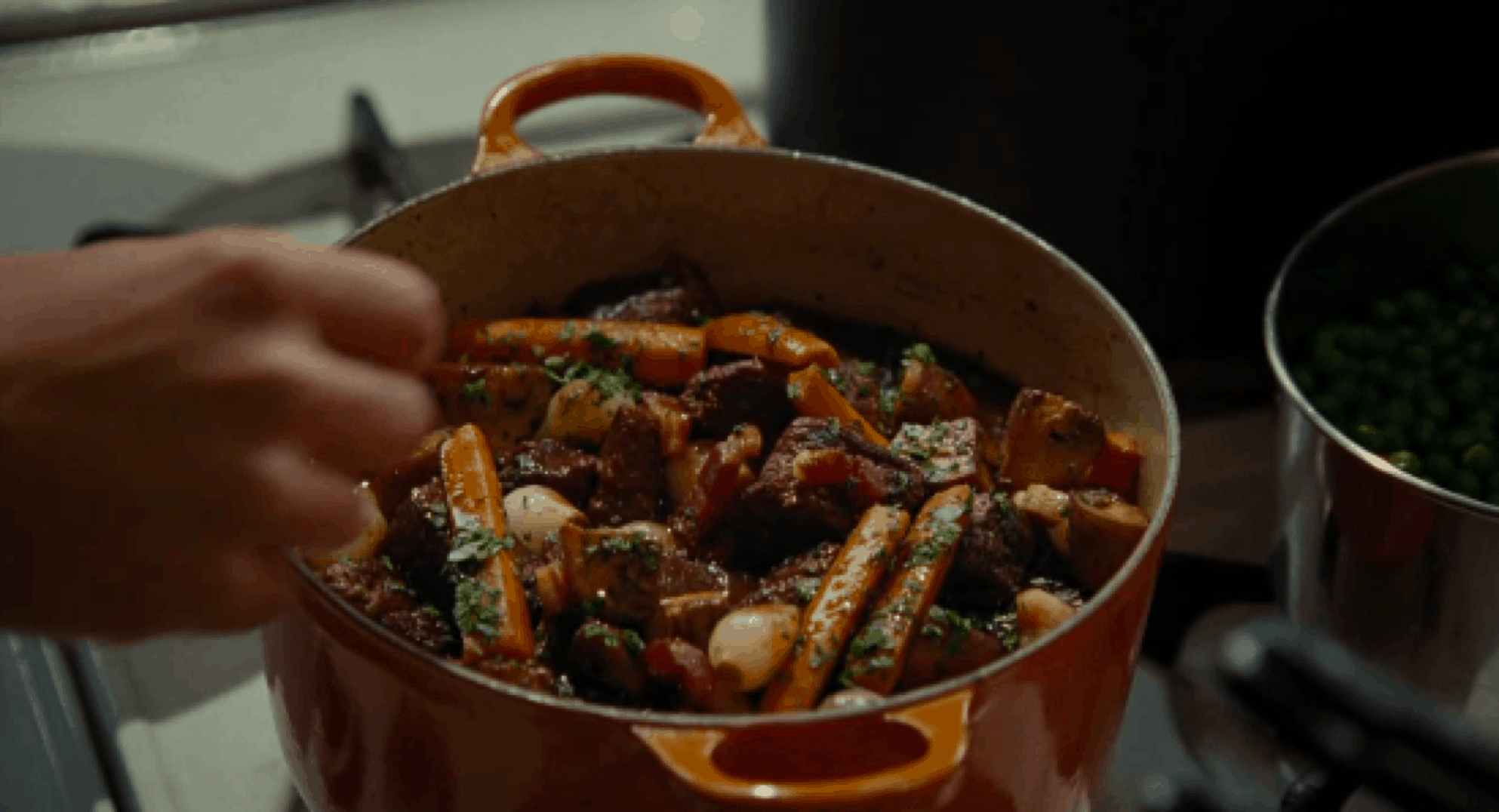 On 11-1-2017 we started the online sales of the show CHEF. Film about a cook who quits his job and starts a food truck. With dishes such as Cubano sandwich, Korean chicken and Andouille sausage. In Rotterdam, at Zaal Staal. The post on Facebook is viewed by more than 55,000 people. All tickets are sold within 1 week: Friday, Saturday and Sunday. The webshop survived. Just. Six months later, the same happens with CHEF at Kantien in Utrecht. CHEF: You shouldn't just see that film, you MUST taste it. 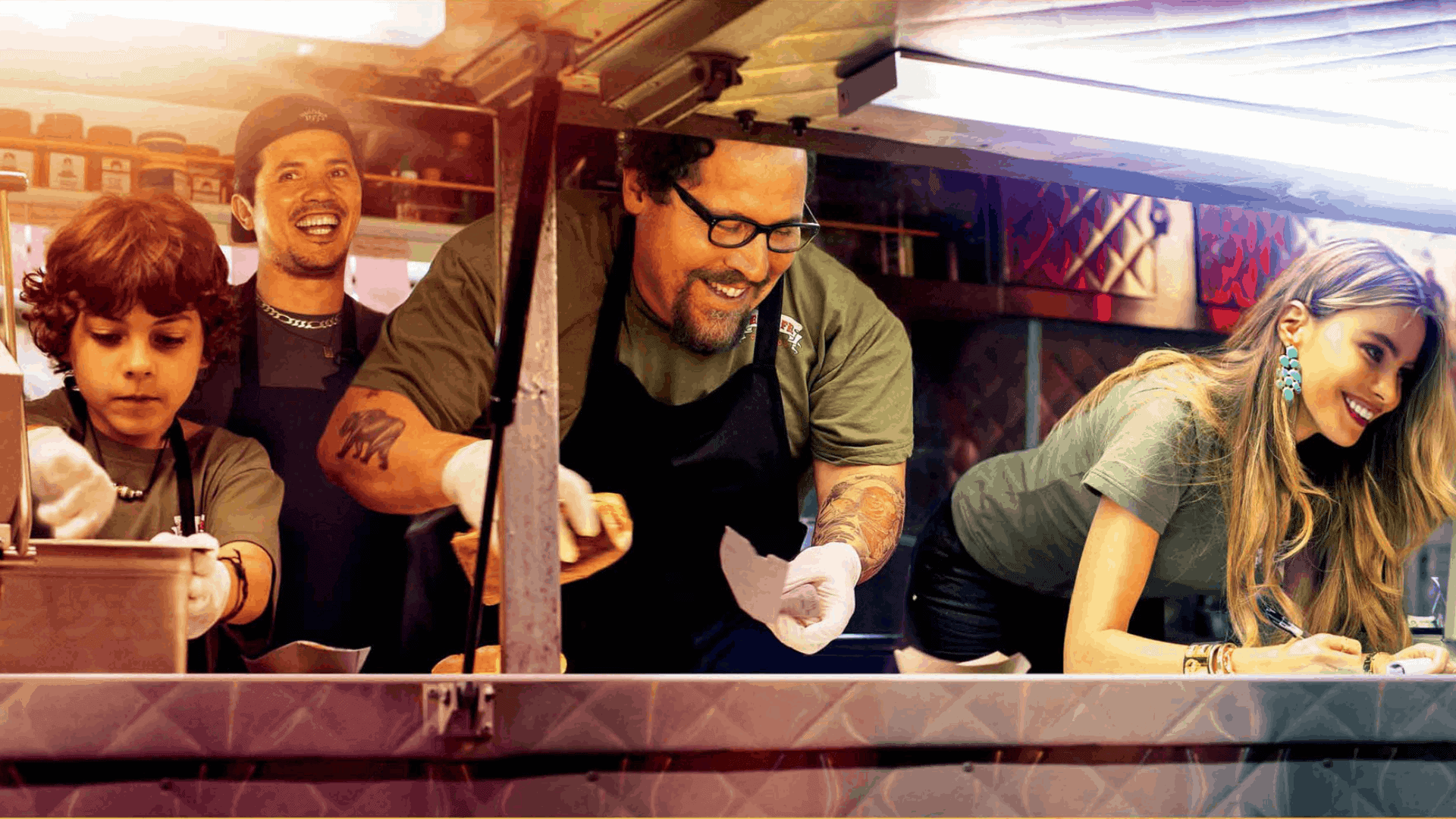 What are the most beautiful places for a Cinema Culinair show? Ballrooms! High ceilings, classy appearance and spacious. For public film dinners and corporate events. We have now welcomed more than 8,000 visitors. 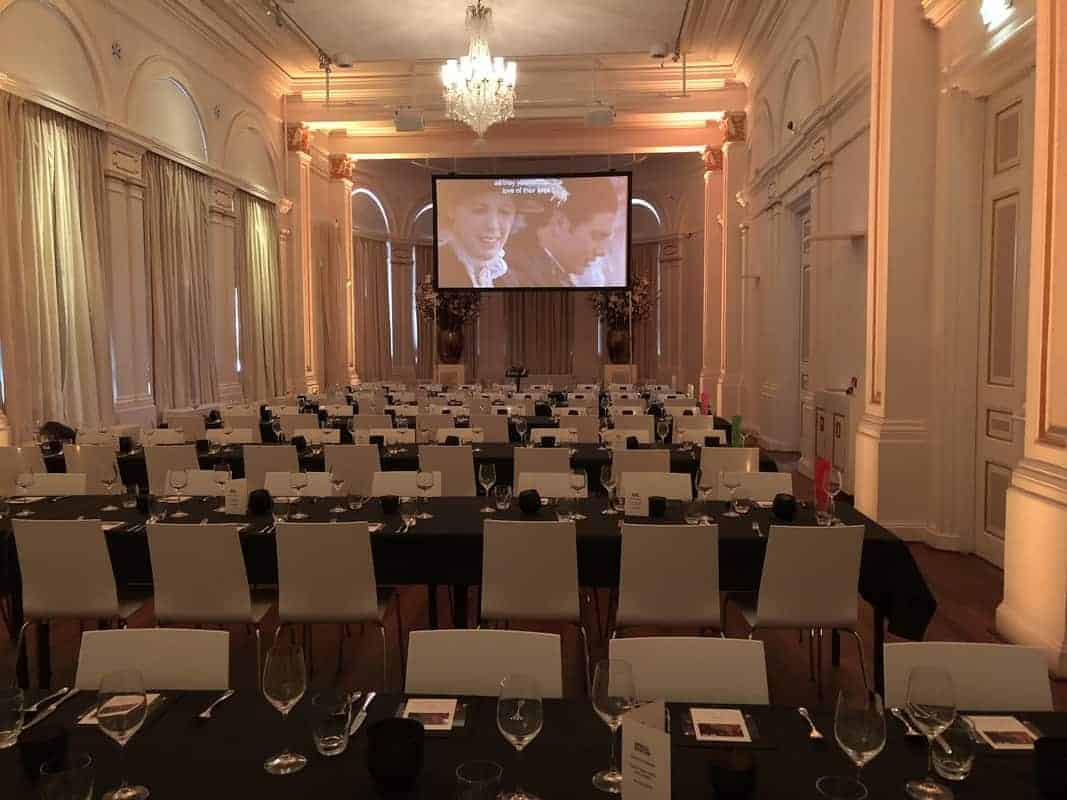 2019 we started with a patisserie challenge:
Making 280 Mendl cakes for the top film + drinks The Grand Budapest Hotel. 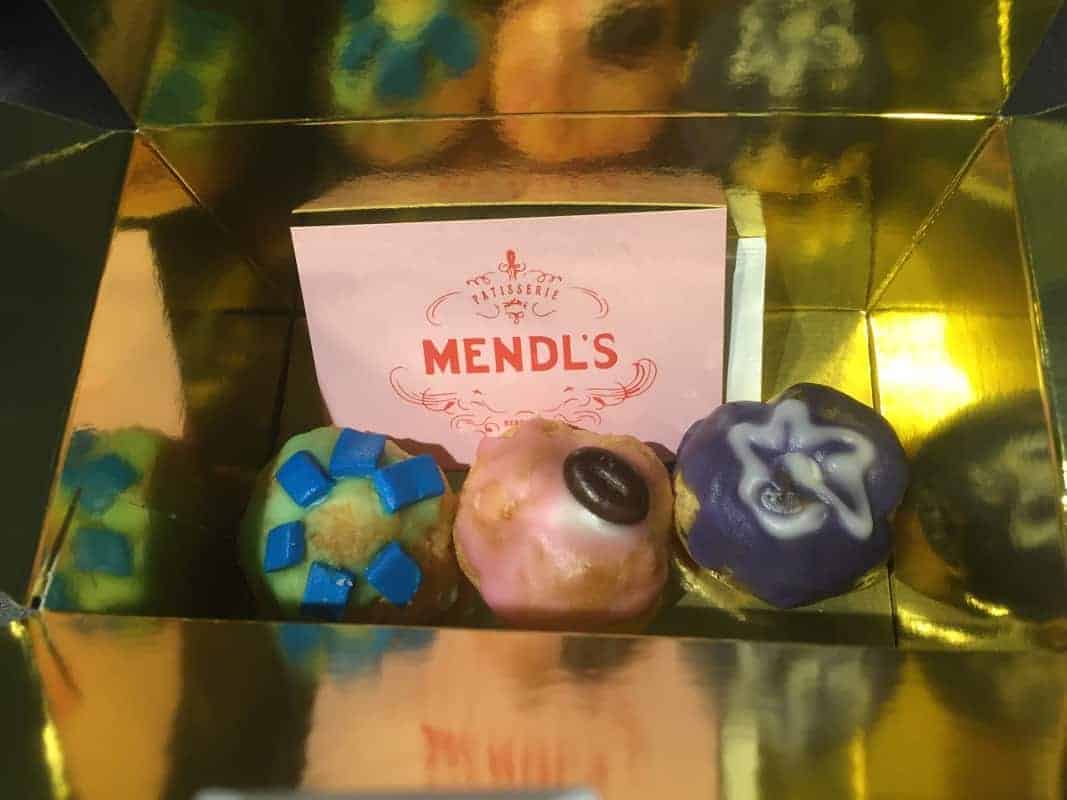 In 2019 we were nominated in the top 100 of the Chamber of Commerce innovation based on our innovative concept food + film. A great honor among all the technical innovators! 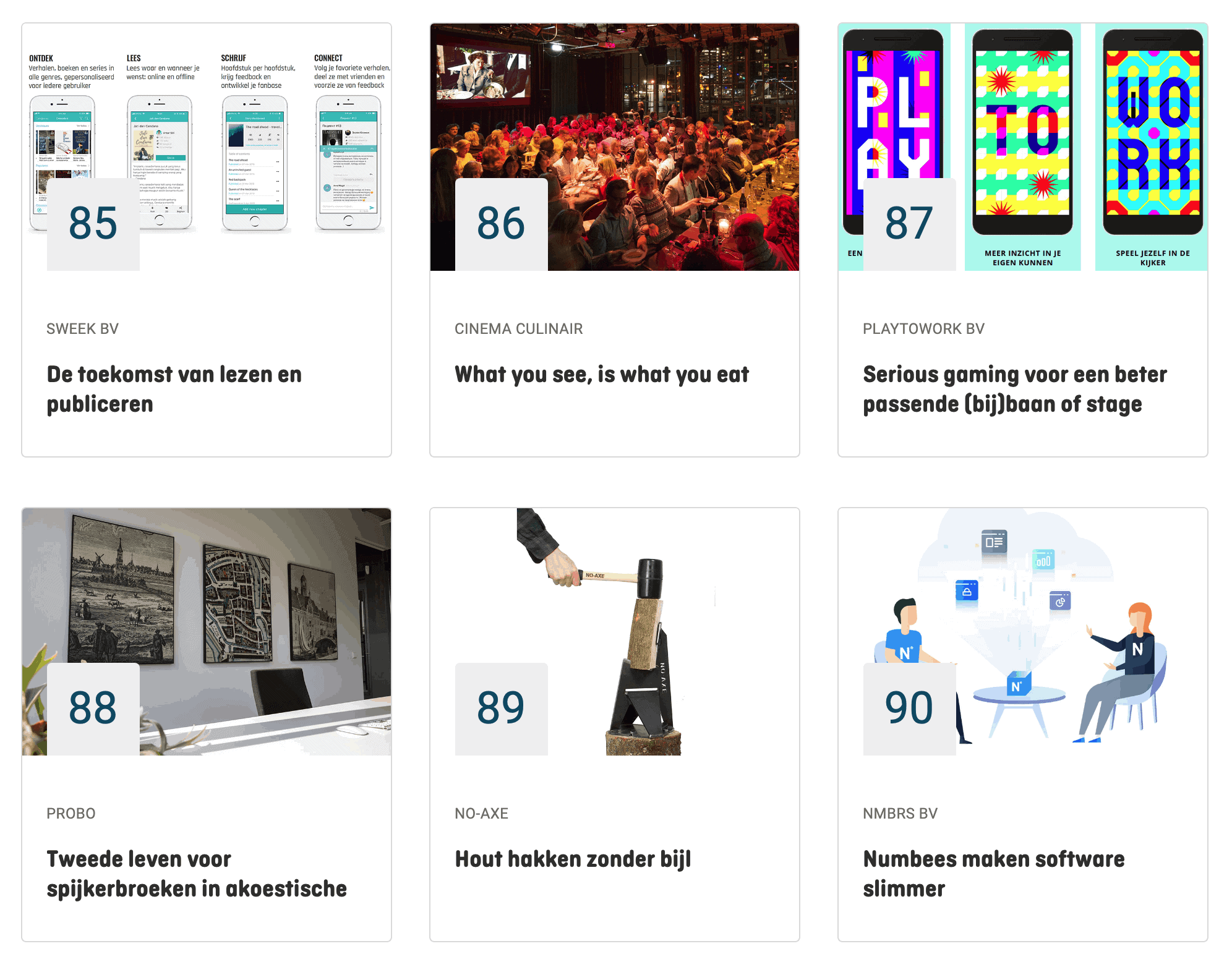 2020 is the Corona year. Performances were postponed. In the meantime, our new concept with takeaway dinners turned out to be a success: streaming a film at home along with delicious food from a local restaurant.
Take away is here to stay. 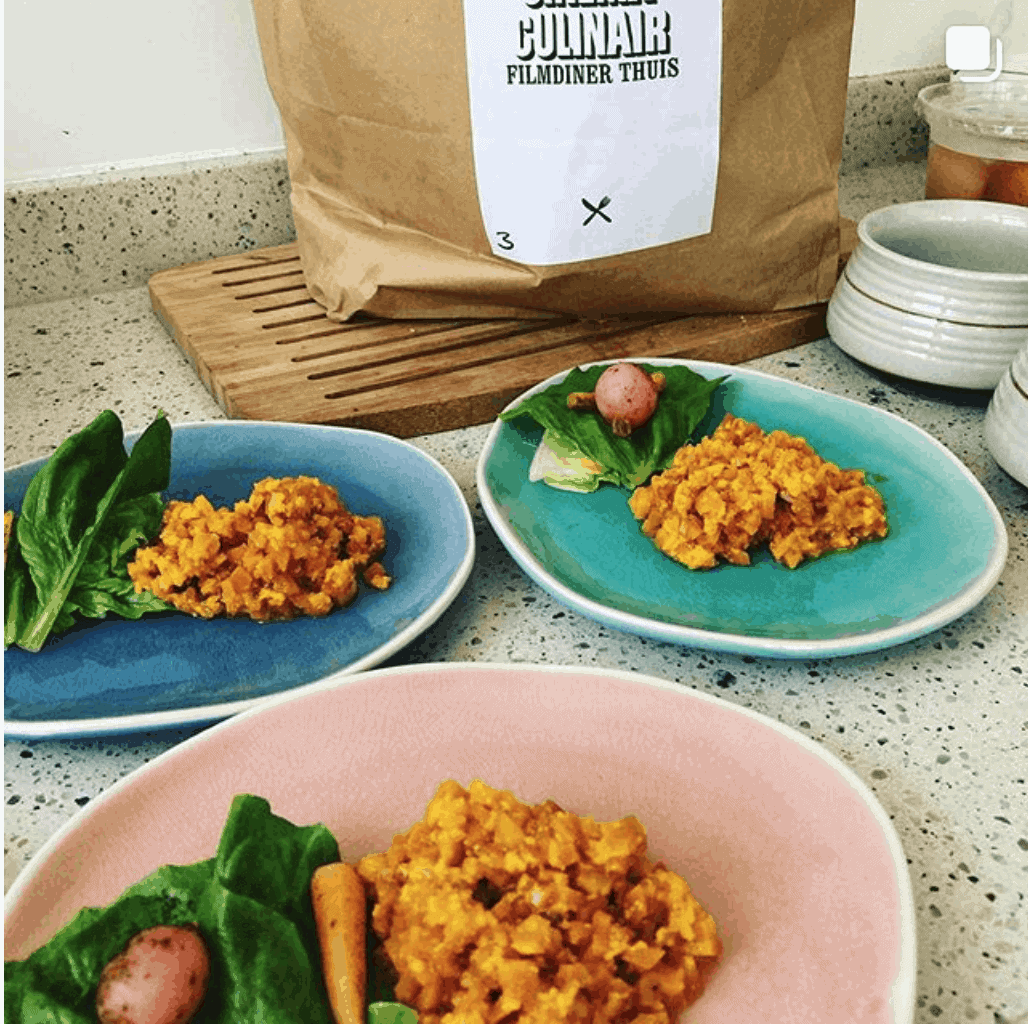 Any cookies that may not be particularly necessary for the website to function and is used specifically to collect user personal data via analytics, ads, other embedded contents are termed as non-necessary cookies. It is mandatory to procure user consent prior to running these cookies on your website.

Advertisement cookies are used to provide visitors with relevant ads and marketing campaigns. These cookies track visitors across websites and collect information to provide customized ads.

Analytical cookies are used to understand how visitors interact with the website. These cookies help provide information on metrics the number of visitors, bounce rate, traffic source, etc.

Performance cookies are used to understand and analyze the key performance indexes of the website which helps in delivering a better user experience for the visitors.